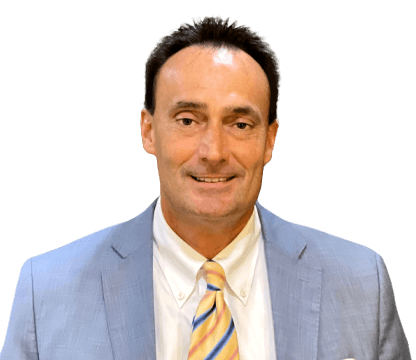 Angelo is proud to work for the Lehigh Valley community to help them navigate life after tragic accidents and to achieve for them the compensation they deserve.

Angelo is synonymous with the Lehigh Valley.  He grew up in Allentown and attended Louis E. Dieruff High School.  He then went off to school and obtained his bachelor’s degree from the University of Pittsburgh and his law degree from the Dickinson School of Law. He returned to Allentown and served as law clerk to the Honorable Robert K. Young on the Court of Common Pleas of Lehigh County.  He has served the Lehigh Valley community ever since. Angelo is active in the Lehigh Valley legal community and is often called upon to provide advice and other assistance in judicial elections in the area. His advocacy has won accolades from clients and judges alike.

Angelo has given back to the Lehigh Valley community beyond the law. He previously coached his daughter’s basketball team as part of the Northwestern Youth Athletic Association, served on the Board of Directors of the Boys & Girls Club, and was a Rotary member. He is a member of the Freemasons and the Knights of Columbus.

Angelo resides in New Tripoli with his family. He enjoys summers at the shore, bicycling, swimming, attending Pitt football games as a season ticketholder, and exercise. An avid fine dining enthusiast, Angelo is a member of the Confrérie de la Chaîne des Rôtisseurs, the world’s oldest and largest food and wine society.

Angelo is a partner at Corkery and Almonti and is Of Counsel to Almonti Law Group. 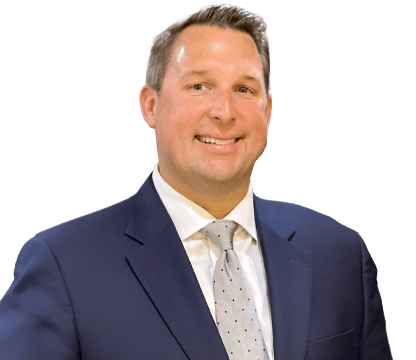 Ryan has a passion for the journey with clients to achieve results and help them to restore their lives after tragic accidents.

During law school, Ryan gained valuable experience as an intern for the Pennsylvania Commonwealth Court and as an extern for the U.S. District Court for the Middle District of Pennsylvania.  He began his career in the Philadelphia office of DLA Piper US LLP, one of the world’s largest law firms. He later joined Ansa Assuncao, LLP and defended large corporate entities in seven and eight-figure matters in 25 states nationwide.

Ryan has tried cases in not only Pennsylvania, but also in New Jersey and Texas.  He successfully argued before appellate courts in Pennsylvania and South Carolina, and represents an international client based in Qatar. Ryan’s practice has focused on tort claims involving serious personal injury, wrongful death, property damage, business torts, and fraud, as well as complex business disputes and media litigation. He now brings that wealth and breadth of experience to bear in his practice seeking justice and compensation for those who have been injured by the wrongdoing of others. Ryan leverages his extensive experience, legal acumen, and vast professional network to fight to get clients what they deserve.

Ryan holds an AV Preeminent rating, the highest honor from Martindale-Hubbell. The AV Preeminent rating is given to attorneys who are ranked by their peers at the highest level of professional excellence for legal expertise, communication skills, and ethical standards. Ryan has been recognized for many years as a Rising Star by Super Lawyers, an honor received by only 2.5% of Pennsylvania lawyers each year.

Ryan married Heather Majczan, a Lehigh Valley native and Saucon Valley High School graduate, and together they have two children. He enjoys coaching youth sports, golfing, spending time with his family, and occasionally trying to recapture his basketball ability.

Ryan Corkery is employed by Ansa Assuncao LLP and is Of Counsel to Almonti Law Group.

DISCLAIMER:This website provides information for general informational purposes only and to introduce you to the law firm and its attorneys. This website does not provide, and should not be considered to provide, legal advice for any particular case, matter, set of facts, or circumstance. Viewing this website, reading the information on this website, and/or emailing any attorney listed on this website does not create an attorney-client relationship. An attorney-client relationship is created only after a written agreement is signed by a client and the Almonti Law Group.